In the morning young people made a ball from random weaving cane. In the afternoon they built on skills learned in the morning to make a larger basket or sculptural shape of their choice. They utilized a range of natural materials such as grapevine, wisteria, honeysuckle and willow in the afternoon session.

This was a 5-hour workshop for young people from 6-13. 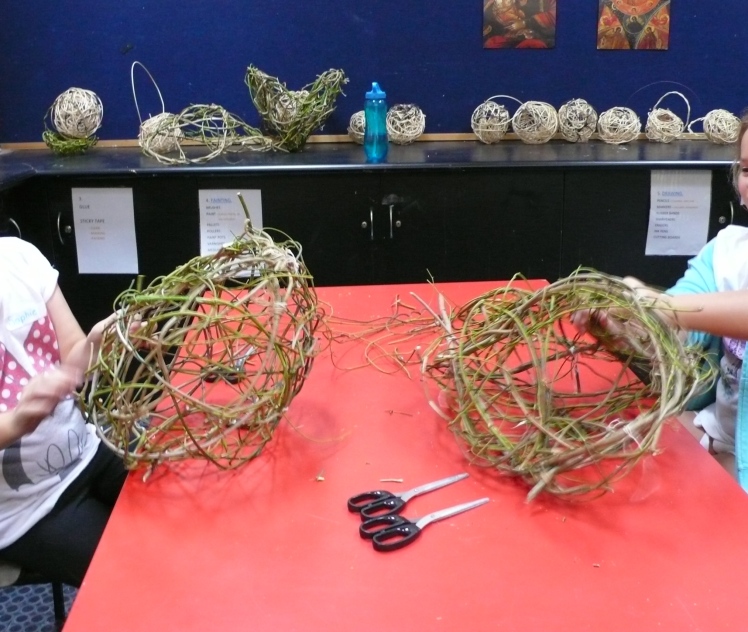 Humans have been making baskets for thousands of years to hold and carry food and other objects. In this workshop young people used recycled materials such as wool and cardboard boxes to make colourful contemporary baskets. There are many ways to make baskets and in this workshop participants learned a basic stake and strand technique to weave their basket. The activity is fun and achievable for people of most ages. 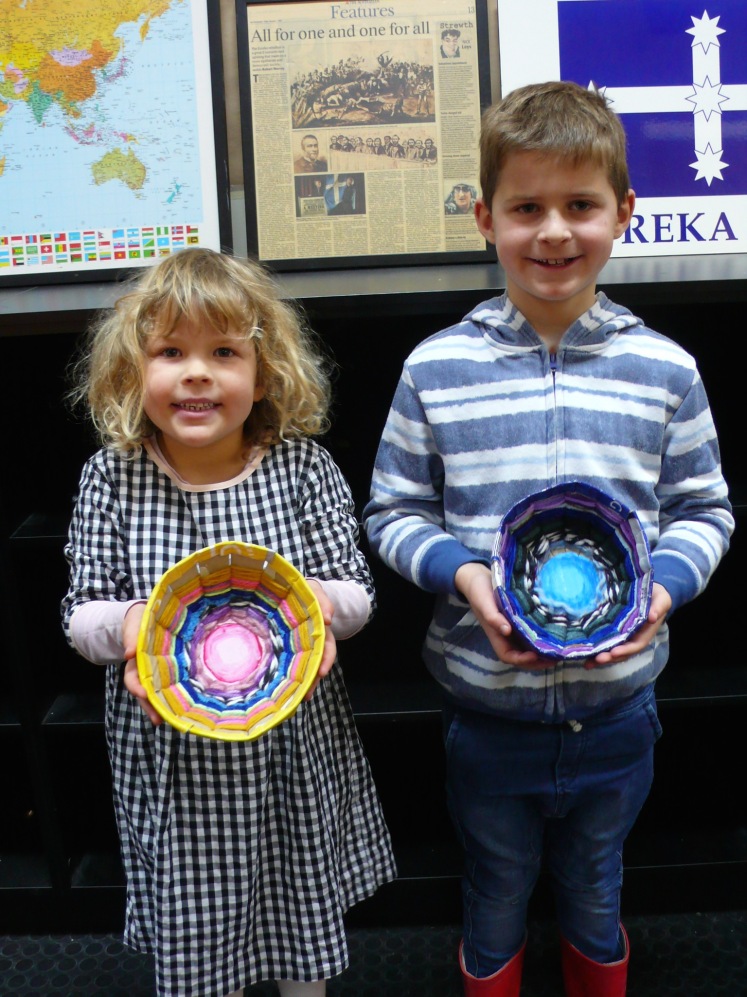 Young people used recycled cardboard and foam core to make a portrait of one of the people painted in the Archibald Prize 2016. The proper art term for the technique that was used is ‘sculptural relief’. Layers were glued together to make an interesting surface texture for the portrait. To start the project participants looked at the exhibition and choose a person to draw. The drawing and design process led to an exploration of cardboard and the day finished with the painting and decoration of the portrait.

Testimonial from a budding artist: ‘I think that it was good that there was no certain way of doing things and the way you gave everybody great tips” 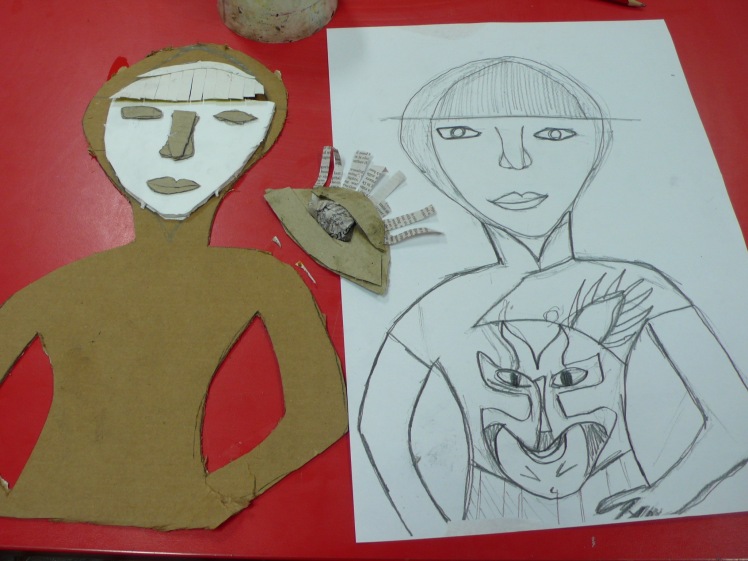 The design process for creating a portrait inspired by Louise Herman’s portrait of Kate Benyon, which is exhibited in the Archibald Prize 2016. 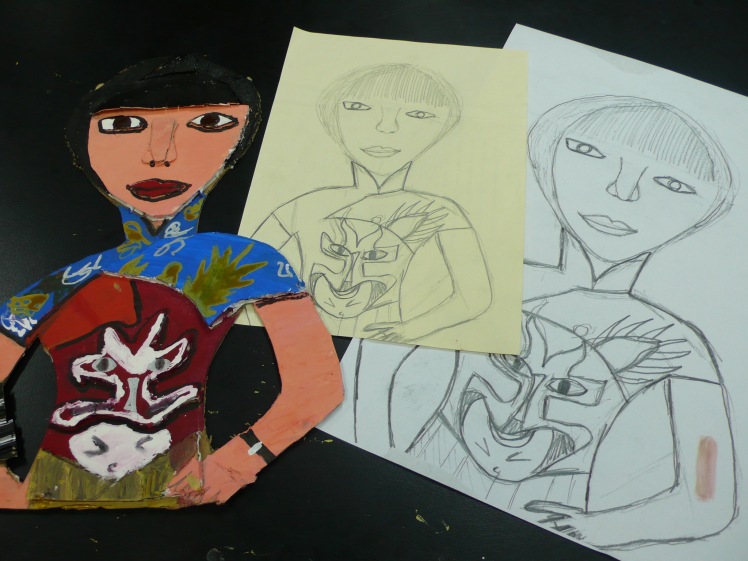 Drawings and final sculptural relief inspired by Loiuse Herman’s portrait of Kate Benyon, which is exhibited in the Archibald Prize 2016. 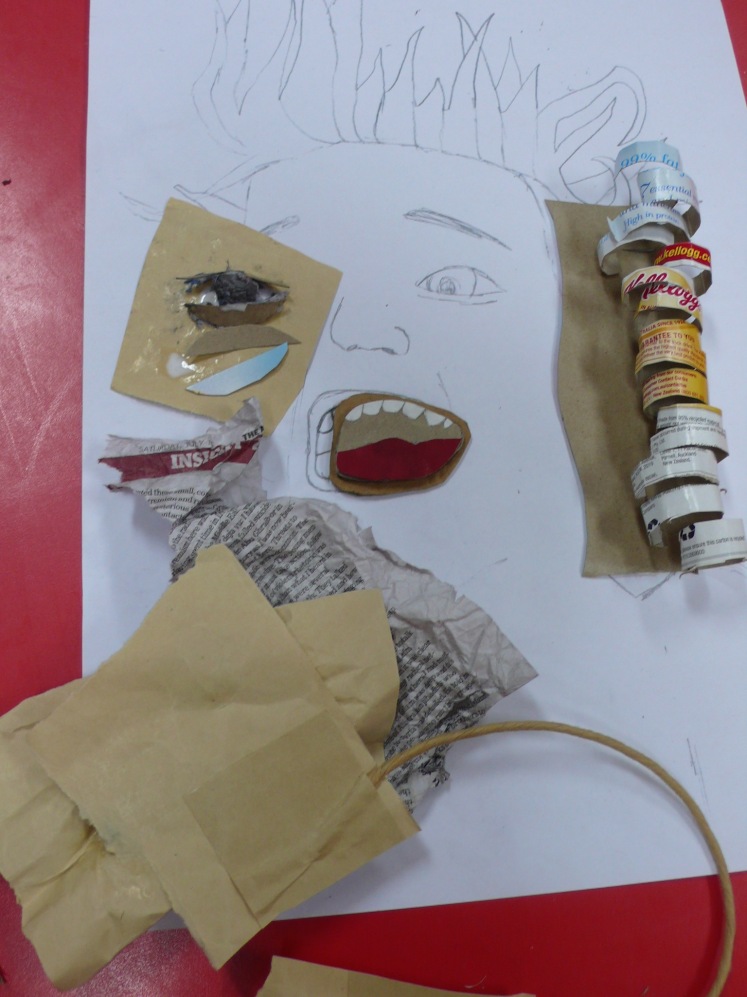 Explorations in cardboard and paper… 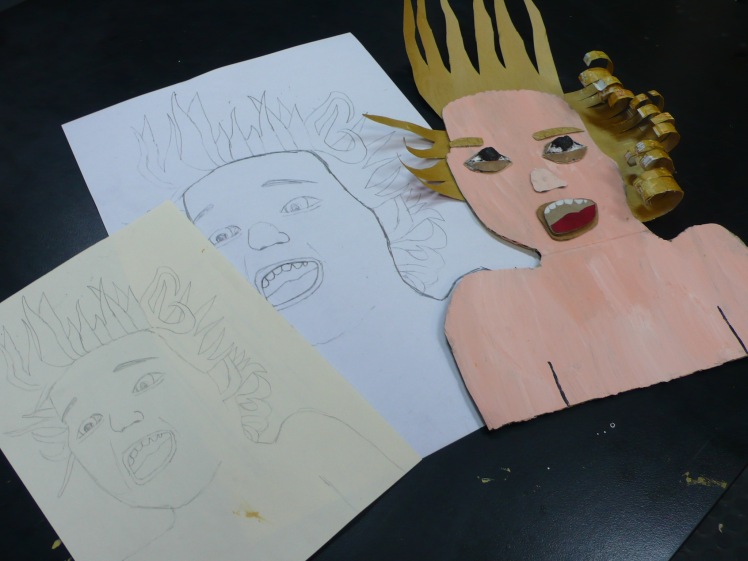 Drawings and final portrait of an excitable baby.

Portrait of a soldier.

Portrait of a Mongolian lady in traditional dress.

Young Artists and their final portraits.

My teacher sample of Bride of Frankenstein.

The Art of Giving
I spent time teaching young people during the Art Gallery of Ballarat’s after school program leading up to Christmas in late October 2016. Participants made stars over 2 sessions in a program called the “The Art of Giving”that encouraged the making of gifts rather than the buying of them. 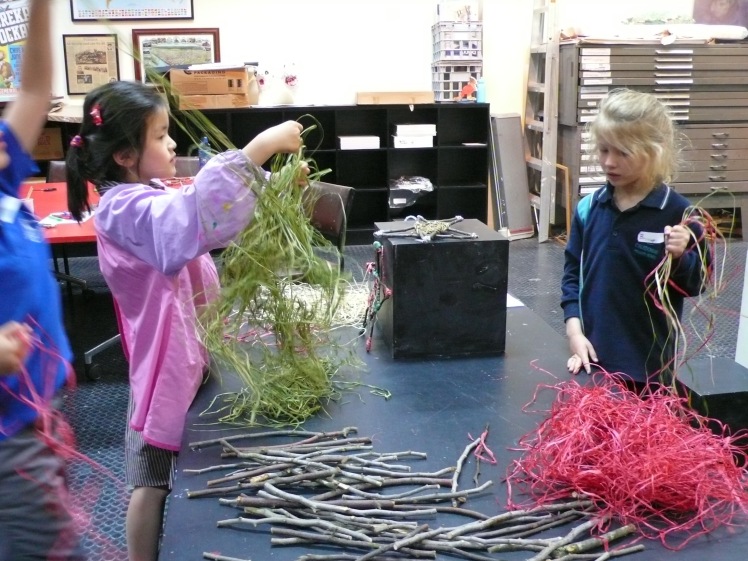 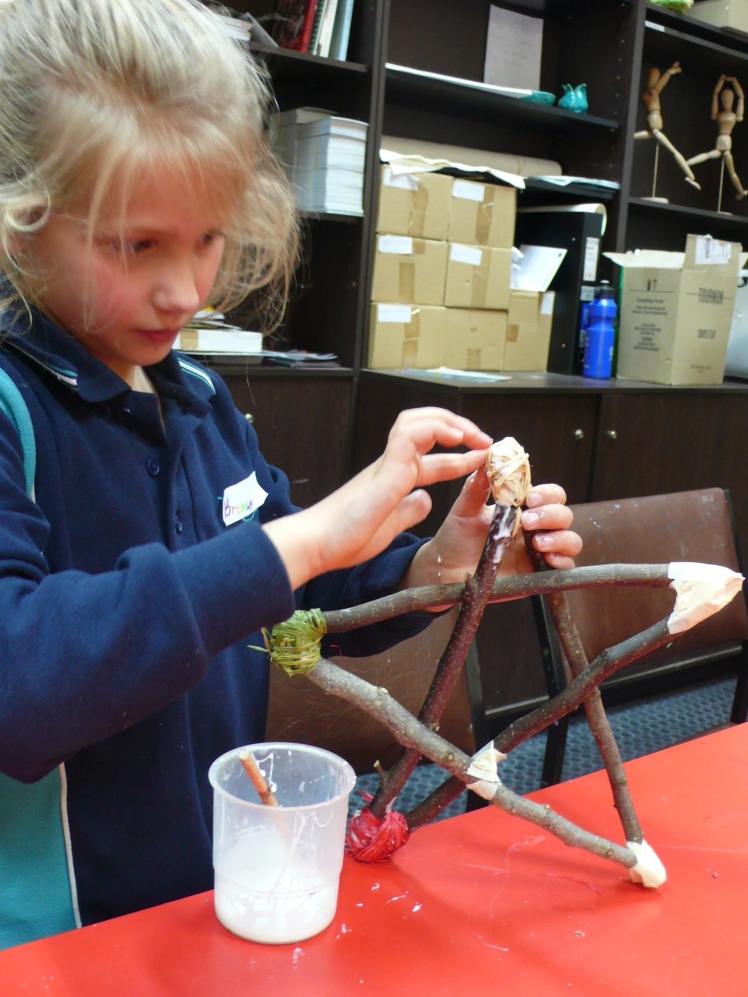 Kids had fun during the January school holidays in early 2017 weaving and winding cane to make a spherical sculpture to take home. Strips of cane had been hand dyed and were provided so that participants could make their very own crazy ball of colour. Kids also had time to play a group game called “the blue ball” that allowed imaginations to go wild and to play a group game of catch!

During the September school holidays kids worked hard to learn a tricky basketry technique called lashing to make a mobile out of a variety of materials such as willow, bamboo and even colourful plastic straws. 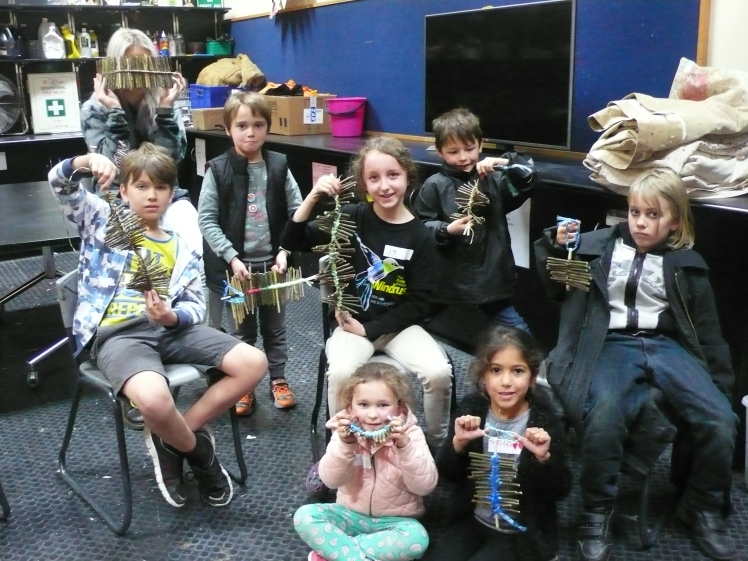