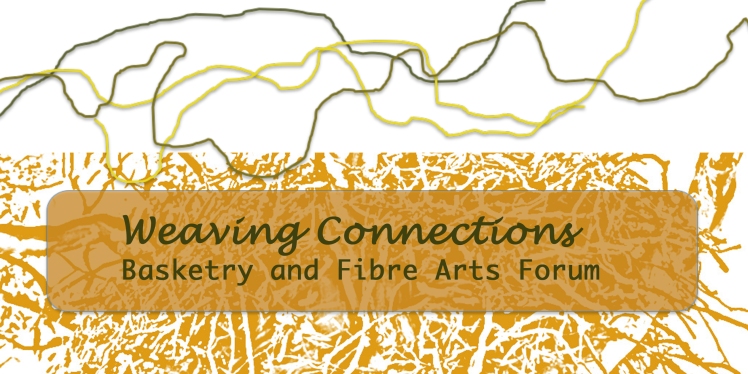 Weaving Connections: Basketry & Fibre Arts Forum, held in September at Lot 19 in Castlemaine, aimed to bring together indigenous and non-indigenous practitioners on the land of the Dja Dja Wurrung People to celebrate the Regional Centre for Culture.

The focus was cultural exchange to foster greater understanding, build protocols and improve networks. Practitioners met to share cultural experiences and discuss the function of weaving in their lives and communities. The day featured guest speakers, facilitated discussion and community artwork. The community artwork was led by Aunty Marilyne Nicholls who invited participants to help create “Bunjil’s Nest”. The day began with Welcome to Country and smoking ceremony led by Uncle Rick Nelson.

Weaving Connections: Basketry and Fibre Arts Forum committee formed to build networks between indigenous and non-indigenous practitioners. Jodie Goldring worked with Aunty Marilyne Nicholls and Laurel Freeland for over 6 months to organise the event. Aunty Marilyne Nicholls is a Dja Dja Wurrung weaver who continues the lineage of basket makers that can be traced at least four generations. Aunty Marilyne learned from her grandmother and mother how to harvest native grasses from the Murray River to weave mats and baskets. Laurel Freeland has a wealth of experience in facilitation, management and education. See http://alchemylivingandlearning.com.au for more.

For more information about the project go to our Facebook Page: https://www.facebook.com/WeavingConnections/?modal=admin_todo_tour

Guest speakers on the stage with Aunty Marilyne Nicholls talking about the importance of weaving in her life and community.

Insights were then gleaned by the whole group, led by facilitator Luarel Freeland. 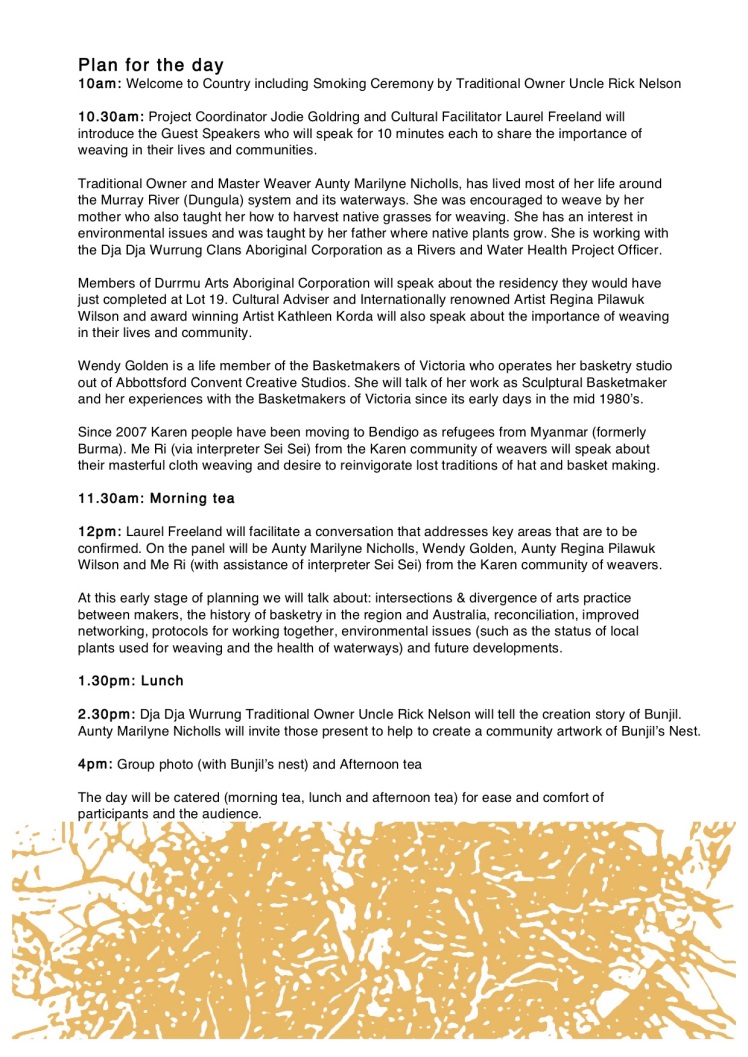